THE NEW DUE DILIGENCE RISKS FOR COMPANIES EXPANDING ABROAD

The events in the Eurozone and the wider macro economic landscape have resulted in caution – even reluctance – to engage in M&A activity. In addition, funding is harder to come by and when it is available there are far greater demands for assurances and comfort. More and more transactions involve seeking the views of rating agencies which often adds to the complexity, as well as much greater attention from the regulatory authorities.

All of this means due diligence has become central to any transaction, creating tensions between buyer, seller, funders and advisors as to how the risk associated with valuation of assets is apportioned.

In your jurisdiction will a liability cap included in the reliance release letter protect the advisor and why?In Israel, it is not customary practice to extend a copy of the due diligence reports to third parties. Due diligence reports would typically be addressed only to clients and would usually contain a condition that the report is not to be relied on by any person other than the clients. An example of the typical statement included in a report is as follows: “This report is furnished to you solely in connection with the Agreement and is not to be used, relied upon circulated, quoted or otherwise referred to, for any other purpose or by any other person without our express prior written consent.”In the event that the advisor consents to provide the reports to the bank on a reliance basis, the parties may agree in a release letter on a liability cap on the total amount of damages for which the advisor could be liable in connection with the reports. While such an allocation of risk may be enforced in the case of an ordinary breach of contract, it is not typically considered acceptable when damages result from fraud, misconduct, bad faith etc.Furthermore, the Israeli Contracts Law imposes an obligation on parties to a contract, including the legal advisor, to act “in accordance with generally accepted standards and in good faith” in the negotiations leading up to the making of a contract. There is also case law that imposes this duty of good faith on the parties even if the negotiations do not result in a contract. The courts have
found the obligation to act in good faith to have been breached where one of the parties failed to disclose material facts. It should be noted that the obligation to act in good faith is particularly broad in Israel.

Certain sections of the Israeli Contracts Laws provide courts with significant legal tools, some refer to the “good faith” principle and provide courts with an important legal tool to interfere with the parties’ free agreement; another section empowers courts to reduce the compensation agreed upon by the parties when found to be not in proportion to the actual damage inflicted.

Given the increasing challenging economic climate and the onset of more regulation throughout the world, what additional issues should potential buyers and sellers consider in your jurisdiction as part of their due diligence questions?

Where an “interested party” (i.e., an insider) is a party to a transaction with the potential seller, special approvals may be required under the Companies Law. Failure to obtain those approvals may result in the transaction with the “interested party” being void (not only voidable), and therefore it is important to ensure that all such required approvals were properly obtained. The approval requirements are typically more stringent than in other countries’ jurisdictions. For example, for purposes of the Companies Law, a director, any officer reporting directly to the general manager, a 5 percent shareholder and anyone with the right to appoint a director may all be considered “interested parties”.

A substantial portion of the land in Israel is owned by the State of Israel and administered by the Israel Lands Authority (the “ILA”) and is leased (for private or commercial uses) pursuant to long-term leases. As a general rule, foreign persons or entities are not permitted to acquire long-term leases or ownership of Israeli real property owned by the ILA, unless the ILA grants a specific permit. This procedure can be a block for many merger and acquisition transactions and should be addressed early on in the process in order to allow adequate time to obtain the ILA’s consent.Many Israeli manufacturing enterprises participate in investment incentives programs under the Law for the Encouragement of Capital Investment and the Law for the Encouragement of Research and Development. Among the more important items that need to be checked are whether such enterprises (or any of their products or installations) (i) have “approved enterprise status”; (ii) received funding from the Israel Investment Center (the “Investment Center”); or (iii) have been financed by the Office of the Chief Scientist (“OCS”). Both the Investment Center and the OCS impose significant restrictions upon the transfer of enterprises (assets and shares) participating in incentive programs. Consent by the Investment Center and/or the OCS is usually a condition of closing and therefore must be attended to early in the process. Foreign Buyers should check OCS grant documents and company technology records carefully to make sure that the related technology is not under restrictions, since the transfer of such technology outside of Israel may subject the transferor and transferee to civil and criminal penalties.

Due diligence should also focus on the timely filing of all tax returns and on the discovery of the results of tax audits and investigations. Nearly every tax return filed in Israel is audited, and unexpected tax audits are frequent occurrences. The tax laws may change rather frequently. Israel has relatively high rates of taxation for a western country. Therefore, a Target’s tax position and the tax consequences of a transaction play an even more critical role than they would in certain other countries. The tax laws include a particularly vast system of withholding taxes, and sometimes foreign buyers are under obligations to withhold taxes from certain transactional payments and remit them to the Israel Tax Authority.Israeli labor law differs fundamentally from
other countries’ labor law and practice. Severance pay is generally mandatory and other socio-economic benefits are mandatory and complicated and frequently present foreign Buyers with complex factual, legal, and accounting problems. The use of collective bargaining agreements is widespread, even in industries that are not unionized. Israel has a separate system of Labor courts, which often tend to favor the employee’s stand.

It is becoming increasingly common for potential purchasers to sell their due diligence reports to other buyers who come later to the process. What risks does this create in your country for the advisor who created the report?

In Israel, it is not common for potential purchasers to sell their due diligence reports to other buyers. The due diligence process is typically determined between the specific buyer and potential seller. Before any examination of business information, which is not in the public domain, is commenced, the seller will typically require all prospective buyers and their consultants to sign appropriate nondisclosure agreements, if such obligations are not already included in the MOU, term sheet or letter of intent.As stated in the answer to Question 1 above, as the advisor tailors its due diligence investigations to match the needs of each individual client and recognizes best practices suited precisely to each specific engagement, the same risks as detailed above
may be applied in this scenario.

In your jurisdiction, what are the legal issues associated with allowing companies to be named / referenced as the source for information used in an Information Memorandum, or any other document provided to investors?

There are no general restrictions under Israeli law that would prevent a potential seller from disclosing information to a prospective buyer. There may however, be particular restrictions in law and fact depending on the type of information involved in the specific transaction. For example, there may be restrictions applied to (i) information held by the seller of third parties (e.g. trade secrets, customer bank accounts, or medical records); (ii) disclosure of national security matters of which the seller is aware (e.g. unauthorized disclosure of classified information that would contravene regulations and laws governing national security) or to (iii) certain information in the seller’s possession about itself (e.g. sensitive information regarding employees). These
restrictions may often be solved by confidentiality agreements, limiting the number of people exposed to this information, or simply by not granting the seller access to such information before the closing. However, there are strict export controls that relate to certain defense technologies that prohibit even initial contact with a prospective foreign Buyer without approval of the Ministry of Defense. It should also be noted that restrictions on the disclosure of trade secrets are governed by statute.

DISTRICT COURT: DISTRIBUTION OF DIVIDENDS IS NOT A “TRANSACTION” UNDER THE COMPANIES LAW 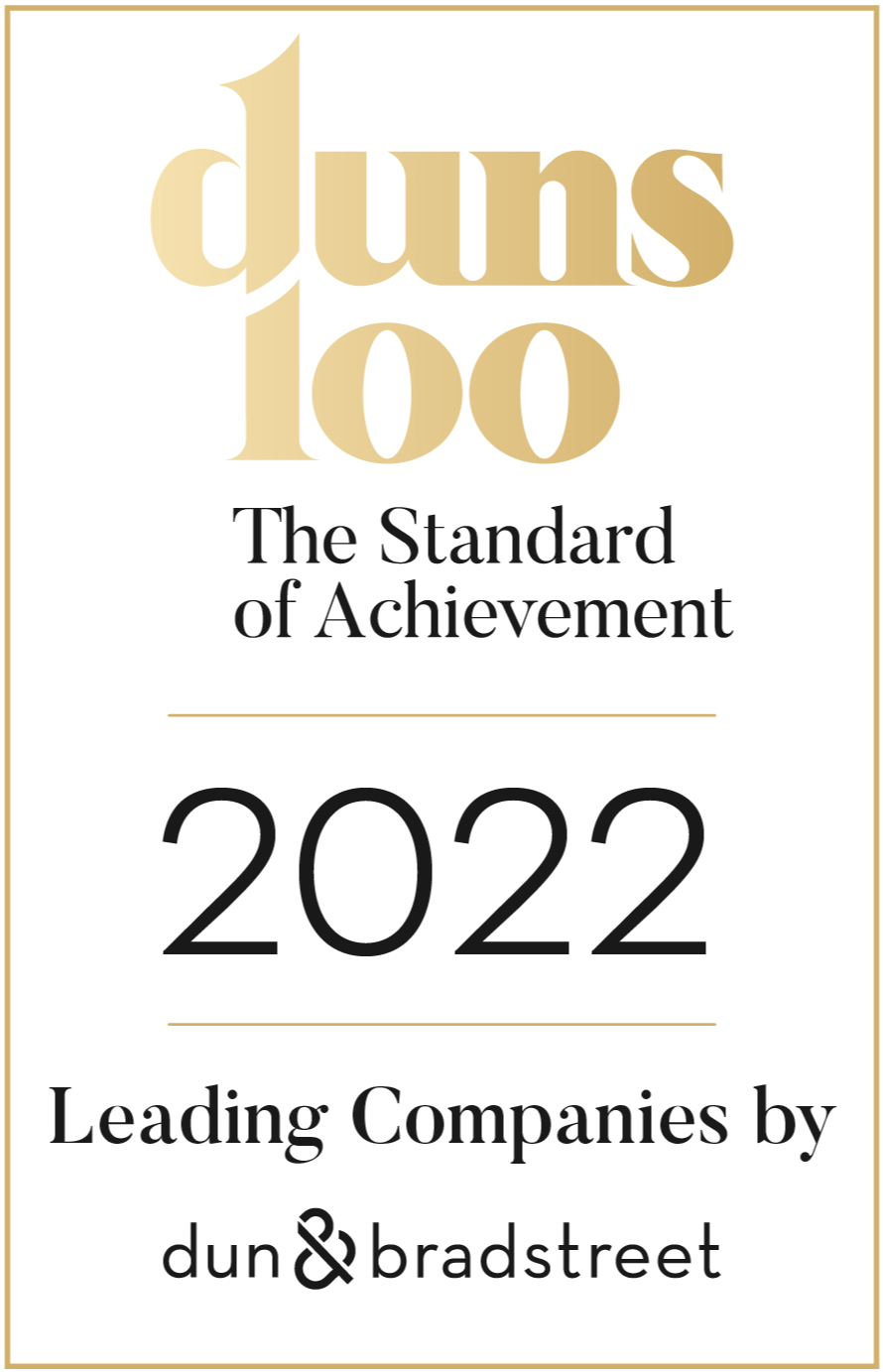